Sephaku Holdings Limited has managed to benefit from its purchase of Métier Mixed Concrete, resulting in an increase in operating profits. 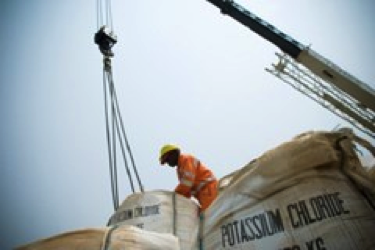 Sephaku Holdings group is a construction materials company based in South Africa. Sephaku Cement and Métier are the core investments of the holdings company.

“I am pleased with the results indicating our initial reporting period of positive earnings and revenue as a result of the strategic acquisition of Métier,” Sephaku Holdings CEO Lelau Mohuba said in a statement.

“The group achieved revenue of 301.6 million rand from no revenue for the comparative period in 2012. Métier is set to expand its market share in the lucrative Gauteng province in the next 12 to 18 months.”

Métier achieved an EBITDA of 55.1 million rand and earnings before interest and taxation of 43.7 million rand, resulting in an overall profit for the group.

Headline earnings per share for the group were reported at 2.78 cents from a headline loss per share of 5.69 cents for 2012.

Earnings were also recorded at 6.3 million rand, compared to the loss of R9.8 million rand in the previous year.

The group’s Sephaku Cement operation however had a loss of 15.8 million rand for the six-month period January to June 2013, of which R5.7 million rand, or 36 per cent, was equity accounted for in the group results. The group is however optimistic about its associate company.

“The significant construction progress at our associate company Sephaku Cement’s plants has firmly positioned the company as a new entrant into the cement manufacturing industry in South Africa since 1934.”

Founded by Mr Gaopalelwe Olebogeng from the Verdwaal Village in the North West province who is the sole managing member of Bodibeng Trading Proprietary Limited. Mr Gaopalelwe has previous experience in plant cleaning that he acquired during his tenure as a plant cleaner at another cement company in Lichtenburg. Bodibeng Trading Proprietary Limited employs 36 employees from the local community and currently has a short-term contract with SepCem which includes mentorship to ensure that it effectively provides the plant cleaning services at Aganang.

Mancamane is a black female-owned enterprise that started operating in 2010 as a plant cleaning, construction and mining supply company. Ms Daisy Maseko, a renowned entrepreneur, founded the enterprise in the Delmas area, Mpumalanga province and currently employs 28 permanent staff. SepCem adopted Mancamane into the enterprise development programme in 2014. The company is currently supplying plant cleaning services to the Delmas grinding plant and has demonstrated the ability to grow sustainably.

In 2014, SepCem contracted the cleaning services of MM&JK Cleaning Projects, an enterprise established in 2013 by Mr Sipho Mazibuko from a village called Springbokpan in the North West province. SepCem identified MM&JK Cleaning Projects as a well-managed enterprise that is appropriately suited to benefit from the programme. In the case of MM&JK, SepCem has partnered with another major industrial organisation to mentor Sipho.

The partner’s role is to assist MM&JK Cleaning Projects with inproving its cleaning skills through training, providing cleaning equipment and required detergents. SepCem’s role is to develop Sipho’s business management skills including cost management, record keeping and negotiation. SepCem is assisting MM&JK to develop a marketing strategy to increase its customer base to reduce the single-customer dependency risk and ensure that the company is sustainable. MM&JK Cleaning Projects currently has a three-year contract with SepCem for general cleaning at Aganang and employs 14 permanent staff.

Millicent’s Enterprise is 100% black female-owned and was founded by Ms Millicent Mahlabe, an entrepreneur from Delmas in the Mpumalanga province. The company was selected for the programme because it has historically demonstrated the ability to supply large contracts but lacks administration skills. Millicent’s has a good reputation and positive track record of being able to cater for large provincial government events.

SepCem secured Millicent’s catering services in 2013 for its canteen at the Delmas plant that provides meals to 150 employees. Millicent’s currently has seven permanent employees and several contract employees who are sourced as and when required.