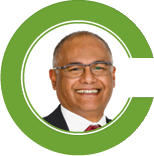 Brent was appointed as director and chairman of SepHold on 3 March 2012. He was admitted as an attorney in 1992 and has held a number of key positions. He is currently the chief executive officer of Cliffe Dekker Hofmeyr. 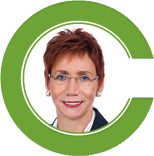 Martie was appointed as a director of SepHold on 22 September 2016. Between 1994 and 2008, she was the CFO (five years) and then CEO (10 years) of the Trans Caledon Tunnel Authority. She has served as non-executive director and member or chairman of audit committees for Bond Exchange of SA, Airports Company South Africa, Johannesburg Water SOC and Denel SOC. She is a non-executive director of the Development Bank of Southern Africa, the Independent Regulatory board of auditors and a non-executive member of the FirstRand Wholesale Credit Committee (International and Specialised Finance) and Ashburton Credit Committee. 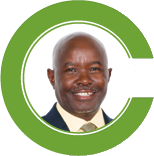 Moses was appointed a director of SepHold on 1 February 2008. He was instrumental in the industrial policy of the African National Congress and was economic advisor to President Thabo Mbeki from 1995 to 2000. He serves on a number of boards, including AB InBev SA Breweries and Dimension Data. 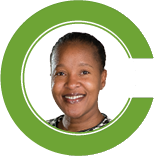 Bukelwa was appointed a director of SepHold on 26 March 2018. She has over 10 years’ experience in private equity with exposure to a wide spectrum of sectors including industrial services and retail.

Bukelwa has expertise in investment and divestment evaluation, deal structuring, strategic and stakeholder management. She is a co-founder of Jade Capital Partnership Proprietary Limited, an investment holding company focused primarily on the property, industrial, building and construction materials sectors. Her current directorships include non-executive directorships on the boards of directors of Franki Geotechnical Proprietary Limited, Capital Appreciation Limited and Netcare Limited. 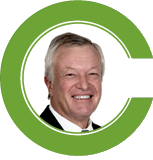 Pieter was appointed a director of SepHold on 20 November 2009. He has extensive experience in the cement industry and became chief executive officer of SepCem in May 2007. 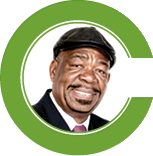 Lelau is a founding director of SepHold. He became the original chairman on 3 February 2005 and became CEO on 28 March 2012. He retired as a medical practitioner in 2001 after a 22-year career. His commercial career began in 2002 and since then he has served in various capacities in several entrepreneurial endeavours. 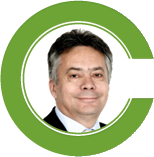 Neil was appointed a director and CEO of SepHold on 1 June 2007 and became financial director on 28 March 2012. He started his career in mining finance in 1988. Since then, he has held various senior positions in taxation, business development and corporate finance with companies such as Anglo-American PLC, Gencor Industries Inc and BHP Billiton. He also served as financial director of Xstrata SA Proprietary Limited between 1998 and 2005.

Founded by Mr Gaopalelwe Olebogeng from the Verdwaal Village in the North West province who is the sole managing member of Bodibeng Trading Proprietary Limited. Mr Gaopalelwe has previous experience in plant cleaning that he acquired during his tenure as a plant cleaner at another cement company in Lichtenburg. Bodibeng Trading Proprietary Limited employs 36 employees from the local community and currently has a short-term contract with SepCem which includes mentorship to ensure that it effectively provides the plant cleaning services at Aganang.

Mancamane is a black female-owned enterprise that started operating in 2010 as a plant cleaning, construction and mining supply company. Ms Daisy Maseko, a renowned entrepreneur, founded the enterprise in the Delmas area, Mpumalanga province and currently employs 28 permanent staff. SepCem adopted Mancamane into the enterprise development programme in 2014. The company is currently supplying plant cleaning services to the Delmas grinding plant and has demonstrated the ability to grow sustainably.

In 2014, SepCem contracted the cleaning services of MM&JK Cleaning Projects, an enterprise established in 2013 by Mr Sipho Mazibuko from a village called Springbokpan in the North West province. SepCem identified MM&JK Cleaning Projects as a well-managed enterprise that is appropriately suited to benefit from the programme. In the case of MM&JK, SepCem has partnered with another major industrial organisation to mentor Sipho.

The partner’s role is to assist MM&JK Cleaning Projects with inproving its cleaning skills through training, providing cleaning equipment and required detergents. SepCem’s role is to develop Sipho’s business management skills including cost management, record keeping and negotiation. SepCem is assisting MM&JK to develop a marketing strategy to increase its customer base to reduce the single-customer dependency risk and ensure that the company is sustainable. MM&JK Cleaning Projects currently has a three-year contract with SepCem for general cleaning at Aganang and employs 14 permanent staff.

Millicent’s Enterprise is 100% black female-owned and was founded by Ms Millicent Mahlabe, an entrepreneur from Delmas in the Mpumalanga province. The company was selected for the programme because it has historically demonstrated the ability to supply large contracts but lacks administration skills. Millicent’s has a good reputation and positive track record of being able to cater for large provincial government events.

SepCem secured Millicent’s catering services in 2013 for its canteen at the Delmas plant that provides meals to 150 employees. Millicent’s currently has seven permanent employees and several contract employees who are sourced as and when required.